What Is a VBAC?

VBAC stands for Vaginal birth after cesarean. Cesarean births may be performed for a number of reasons, ranging from a breech presentation to multiple pregnancies. This procedure is conducted to maximize the health and safety of mother and baby during potentially difficult deliveries. However, some women feel that with cesarean delivery, they have yet to experience an important life event and would like to have the option of vaginal birth after cesarean.

What Does TOLAC Mean?

One of the terms a woman may hear after she decides that she would like to have a vaginal birth after cesarean is “trial of labor after cesarean,” or TOLAC. This term describes the attempt to allow a woman to labor naturally and deliver vaginally, rather than schedule a cesarean birth. 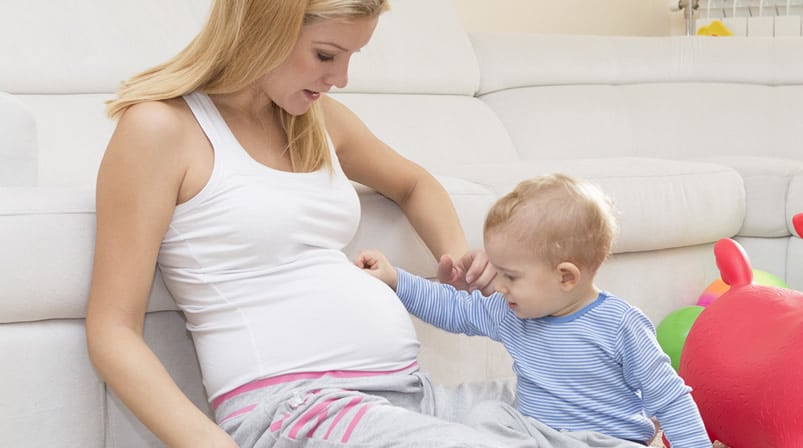 Is It Safe to Deliver Vaginally After a Cesarean Birth?

The primary concern related to VBAC is the uterine rupture, a complication that could occur along the scar of the previous cesarean incision. This is a potentially serious complication. Fortunately, the type of uterine incision (not the incision on the abdomen itself) will relate to the risk level. Also, one successful VBAC decreases the risk of uterine rupture in subsequent vaginal deliveries. 60- to 80% of VBACS are successful.

What Are the Benefits of VBAC?

Successful trial of labor after cesarean offers a mother benefits such as:

Vaginal birth after cesarean also minimizes the risks associated with multiple C-section deliveries, such as bladder or bowel injury, placenta problems, and the need for hysterectomy.

Research suggests that a spontaneous labor is advantageous for the mother who desires VBAC. Fewer labor-inducing medications are appropriate for women with cesarean scars, and the risk of uterine rupture is increased with such medications.

What Can Affect the Success of VBAC?

Every labor and delivery are unique and the process is not predictable. Several factors influence the success of vaginal birth after cesarean. The best scenario for VBAC involves:

According to studies, one of the best things that a woman can do to increase the chance of a successful VBAC is to choose birth support wisely. Some physicians and providers are merely VBACs “tolerant.” What a woman needs is a skilled, experienced, and compassionate midwife who is VBAC supportive. More than that, one who has a history of success with vaginal births after cesarean.

Your healthcare provider may approach your VBAC as any initial vaginal birth. During your consultation for prenatal care, it is important to discuss your interest in the method of delivery you prefer. Remember, a supportive birth assistant will have experience and will not suggest a scheduled cesarean unless absolutely necessary based on the details of your previous delivery, such as the type of incision for a previous C-section.

Collaborate with your healthcare provider to develop the birth plan that meets your needs. You may also discuss methods of pain management, including breathing techniques and pain-management drugs, if interested. In addition, important topics of discussion include methods of delivery management in the event of unforeseen complications.

Prepare for the Unexpected

Women interested in VBAC are encouraged to have a plan for their labor and delivery that is as detailed as possible. An experienced midwife can assist with this. At the same time, it is also advisable to expect the unexpected. Every delivery carries some risk for complications. Should a concerning circumstance arise, your support team will discuss the details of the situation, as well as potential actions to mitigate risk.