Home » Blog » Withdrawal is Not a Birth Control Method

Withdrawal is Not a Birth Control Method 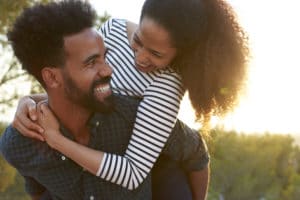 Family planning is a term that is relatively mysterious to many women, even in light of its growing use. To plan a family may seem unnecessary. A woman decides to become pregnant, or she chooses to prevent pregnancy with a preferred method of birth control. That’s family planning in a nutshell, but the tiny details can create big frustration if they are not addressed.

For the woman who is not ready to begin her rapid journey toward motherhood, birth control is an important topic of discussion. According to statistics, there is one “method” that is still in use but shouldn’t be. We’re talking about withdrawal.

The withdrawal method, or “pulling out,” refer to coitus interruptus. Back in ancient civilizations, it’s possible that coitus interruptus, Latin for interrupting intercourse, was the best available method of preventing pregnancy. In modern society, when an unexpected pregnancy may be exceedingly difficult to manage, this method holds no value whatsoever. In case you need concrete evidence, we will go to statistics. It is estimated that coitus interruptus used as a primary method of birth control results in pregnancy in approximately 22% of couples who trust this primitive methodology.

A Matter of Convenience?

At first glance, it may seem easy to interrupt sexual intercourse before ejaculation. However, statistics of unwanted pregnancy related to this practice reveal that the risks outweigh any idea of convenience. Not only does coitus interruptus present a very real risk of pregnancy, but women also must consider that this practice offers absolutely no protection against sexually transmitted infection. Women also need to recognize that coitus interruptus relies completely on a man’s ability to move away from the vaginal area during a heightened state of arousal, at just the right time.

Using an effective, efficient method of birth control accomplishes more than pregnancy prevention. The couple that can rely on oral contraceptives or an IUD in combination with a condom is also free to relax throughout the entire love-making experience.

We know that you care, and we want you to know that we care about your well-being as a woman. To schedule a visit for birth control in our Granbury, Cleburne, Willow Park, or Southwest Fort Worth office, call 817-776-4722.

Schedule an appointment
Online or call us today!

About Us
Meet Our Team
Patient Resources
Insurance
Blog