Home » Blog » Low Libido and Sexual Dysfunction: Could it be Related to Medication?

Low Libido and Sexual Dysfunction: Could it be Related to Medication? 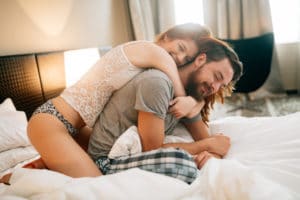 Sexual function is an important aspect of a woman’s health and wellness. As we go through life, simple hormone fluctuations and external stressors are enough to throw us off our game. When the sexual response cycle is in perpetual stagnation, meaning you pretty much never get past Go, there is the reason to talk with your gynecologist.

Typically, what we expect to see in healthy sex life is a cycle of excitement, plateau, orgasm, and resolution. Dysfunction may be described as a desire disorder, an arousal disorder, an orgasm disorder, or a pain disorder. These may include:

There are some reasons why any one of these disorders may occur. Painful intercourse, one of the most common disorders to affect women, is often related to the shifts in hormones leading up to and after menopause. In some instances, however, it is advantageous to look at the correlation between medication use and sexual dysfunction.

Medication and Your Sex Life

Research has indicated the relationship between certain medications and sexual disorders. Some medications may affect sex drive overall, while others may inhibit orgasm or set the stage for painful intercourse. These may include:

Grace Obstetrics & Gynecology has established several offices in the Fort Worth area, Cleburne, Willow Park, and Granbury to serve you. For assistance with sexual health and other important women’s health matters, contact an office near you. Call our Fort Worth office at 817.776.4722 to schedule a consultation.